If you've stumbled across this site you likely didn't know that it isn't often updated anymore but that is because it has been moved. I encourage you to check out some of my recent posts at the new Dreams of an Erotica Queen Blog:

Do You Date Online?

Check out some of the most recent additions:

Don't forget to subscribe to our feeds so you can be updated when something new comes up!
Posted by Autumn Seave at 8:50 PM No comments:

Spring Brings Out the Naughty In Me

Spring Brings Out the Naughty In Me Contest

It's time for another contest because I can feel Spring nipping at my backdoor. Oh, wait, that's not Spring… :)

Please send your entries to contest @ inkyblueallusions.net with the word "contest" in the subject line.

The last day for submissions for this contest will be April 30, 2008.

By submitting your story in the contest you must agree to allow Inky Blue Allusions to publish your story on the site and/or use it for promotional purposes if it is chosen as one of the winners or for an honorable mention.

Please include this statement in the body of the email:

I (your name here), verify that I am over the age of 18. I understand that if my story/poem is chosen as a winner or honorable mention that I give Inky Blue Allusions the right to publish my material on their website for a minimum of six months. I understand that if I wish it to be removed after this time I must send a letter requesting its removal.

The best of this week’s blogs by the bloggers who blog them. Highlighting the top 3 posts as chosen by Sugasm participants. Want in Sugasm #121? Submit a link to your best post of the week using this form. Participants, repost the link list within a week and you’re all set.

The Ache of Desire Unsatisfied“J groaned in my ear, and I nearly pulled down his zipper then and there.”
Unexpected“Tingles of electricity were set coursing up and down that side of my body.”
Part(y)ing shots“I placed both my hands on the tiled wall in front of me, clammy and cold, holding myself up.”

Mr. Sugasm Himself
The “Best way to make him felt hot”

Editor’s Choice
Who Is A Sex Worker?

Lick
The Sweetest Fruit: An Ode to Cunninglingus

Thoughts on Sex and Relationships

How to Bend Over Your Boyfriend and Make Him Like It
The Ultimate Sex Position?

Ok - I've screwed up my blog good and I've been thinking of moving anyway so I figure what better time than now. I'm moving over to Sensual Writer.com and you can find my new blog

HERE
so check there for the newest entries. If you're subscribed via RSS feed remember to change your subscription as all new posts will be there.
I'm slowly working on moving the archives over but since the stupid importer never works for me I'm doing it by hand. Good thing I haven't been doing this for years like some of you!
Posted by Autumn Seave at 11:59 PM No comments:

I know, I screwed up my blog. So please don't panic that your link is missing or that that is gone. I'm working on it. Hopefully, the result will be something cool.
Posted by Autumn Seave at 6:01 PM No comments: 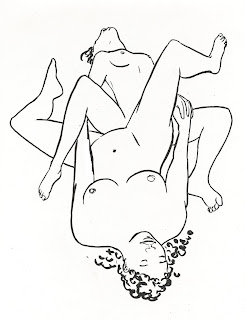 They were best friends first. Then they were lovers. And eventually, they were everything in between.
Shamira and Coco lived together in a tiny little apartment in the Bronx that was still more than they could afford. They pulled whatever jobs they could to get by. But their poverty meant nothing to them because at least here they could be who they were and they could love each other freely. Well, more freely than they could in the small town that they grew up in.
When they were kids, they played in the sandbox, letting their dark skin become coated in a thin layer of dust. When they were pre-teens, they chased the boys down the streets with sticks waving above their heads because the boys had been under the jungle gym trying to get a peek at their panties. When they were teenagers they discovered the joys of girl kisses and everything that came after that and they never turned back.
Not even after the pictures came out.
One afternoon, about a week before graduation, they were at Coco's house talking about how they were going to get out of this hick town and head for the big city. Coco was going to be a model and Shamira was going to be her agent and they were going to strike it rich and show everyone. As it often did, their talk turned into a makeout session that didn't want to stop. Fortunately, Coco's mom was working at the diner until late that night. But the sun felt so good on their skin that they didn't want to close the blinds. No one ever came by Coco's house anyway.
So they lay there in the sun and removed articles of clothing randomly, as their hands roamed over their bodies. Shamira loved playing with Coco's nipples. She got off on how much the nipples stuck out when she pinched them. And she loved the taste of them as she rolled the hard points between her tongue and her top teeth. Coco lay beneath her, letting Shamira have her way, as she always did.
Shamira liked that Coco would let her do anything and she took advantage of it. She especially liked that Coco got off on pretty much anything she did. When Shamira got a cucumber from the fridge and slid a condom over it, Coco spread her legs to reveal her soft pink opening and gave herself up to her. And when Shamira slowly slid it inside, gradually giving her more, Coco pushed against it. And when she began to lick her clit, Coco came hard and fast, clenching her muscles against the cucumber so hard that she pushed it right out. Shamira liked to try new things so Coco was rarely surprised, but often challenged.
When Shamira stopped sucking at Coco's nipples, Coco opened her eyes to see what Shamira had in mind. Shamira was poised above her. She straddled Coco sideways so that one knee was between her legs and the other was off to the side by her belly.
"Raise your hips," Shamira commanded.
Coco did. Shamira placed a pillow beneath her bottom. The pillow tilted her open lips and brought them higher. Then Shamira began to tease her.
Ever so lightly, she let her own sex rub agains Coco's. Their juices mingled and Coco took a breath inwards. Shamira had touched her down there plenty of times but never with her own open flesh. Gradually, Shamira brought herself closer and closer until their bodies danced together in the kind of dance that teachers break up at sock hops. Shamira continued her dance, circling her hips like she was in a Calypso parade. As her hands found Coco's breasts again, Coco began to moan.
Pinching her nipples hard between both fingers, Shamira said, "I want you to come for me Coco. Come for me like you never have before. Come into me and be with me forever."
Their grinding intensified and Shamira felt small tremors build within her. Coco was like an animal this time, bucking against her mound and raising her higher. Coco's familiar sounding orgasm echoed through the room, immediately followed by Shamira's more controlled one.
When Coco opened her eyes, she saw Jimmy and Sheldon at her window with a Polaroid camera.
"Get the fuck out of here you morons!" she screamed.
They never made it to graduation. They coudn't after the photos were passed around the school, confiscated, and given to their parents. But they never regretted it. And now they were living one dream of being together and following another dream. Surely, Coco would be discovered any day now.

~~~~~~~~~~~~~~~~~~~
This story is written by Autumn Seave of Torrid Text Content - adult text providers for blogs, reviews of websites and toys, and stories. All exclusive content just for you. Visit the website at http://www.torridtextcontent.inkyblueallusions.net/ for more info!
Posted by Autumn Seave at 10:43 PM No comments: 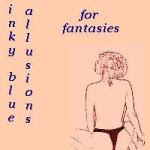 Get the feed for this blog!